I sincerely hope everyone had a chance to get out on Bull Shoals the last couple months to take advantage of the prolonged spawn and get in on some fantastic spring fly-fishing!  Except for a couple short periods when fish were moving from spawning areas to deeper locations, the fishing has been good and fairly consistent.  Now, that the spawn has pretty much wrapped up for most game fish species.  The fish have moved from large shallow water locations to, or towards deeper water, summer haunts.

There is a little good news, bad news this year as well.  First, the bad: last winter’s prolonged and severe cold weather caused water temperatures to drop to the low thirties for an extended period of time.  This in turn caused a massive die off, of both threadfin and gizzard shad.  In fact, I have yet to visually see any shad or found any in the stomachs of any fish so far this year. Secondly, the good: with lower shad populations, fish are hungry and more apt to take your cleverly disguised shad imitations.  They will also be spending more time foraging for other food sources such as crayfish. 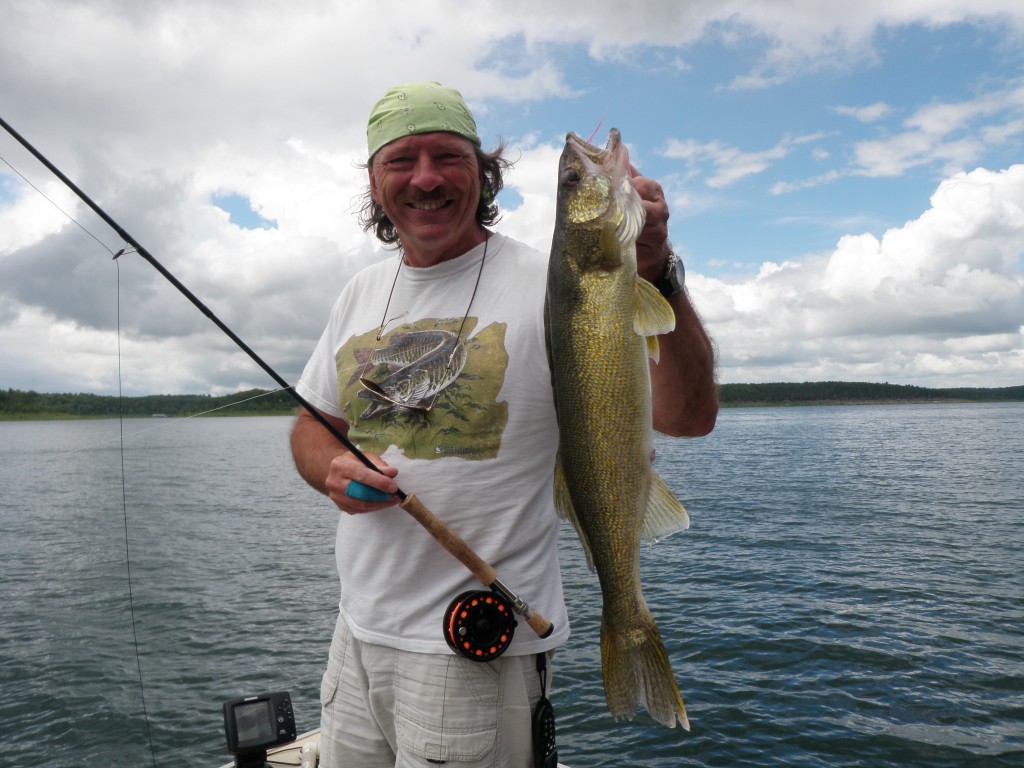 The job now at hand is finding them.  Concentrate your efforts on main lake structure such as points, bluffs, cuts on bluffs and best of all, bluffs that may have some standing timber that also tapers off to a shallow point.  Fly selection should be rather simple as long as it looks like a shad and you can put it in front of a fish.  Even fish that are bent on a crayfish dinner will be happy to take a shad imitation, it’s just something they can’t resist. 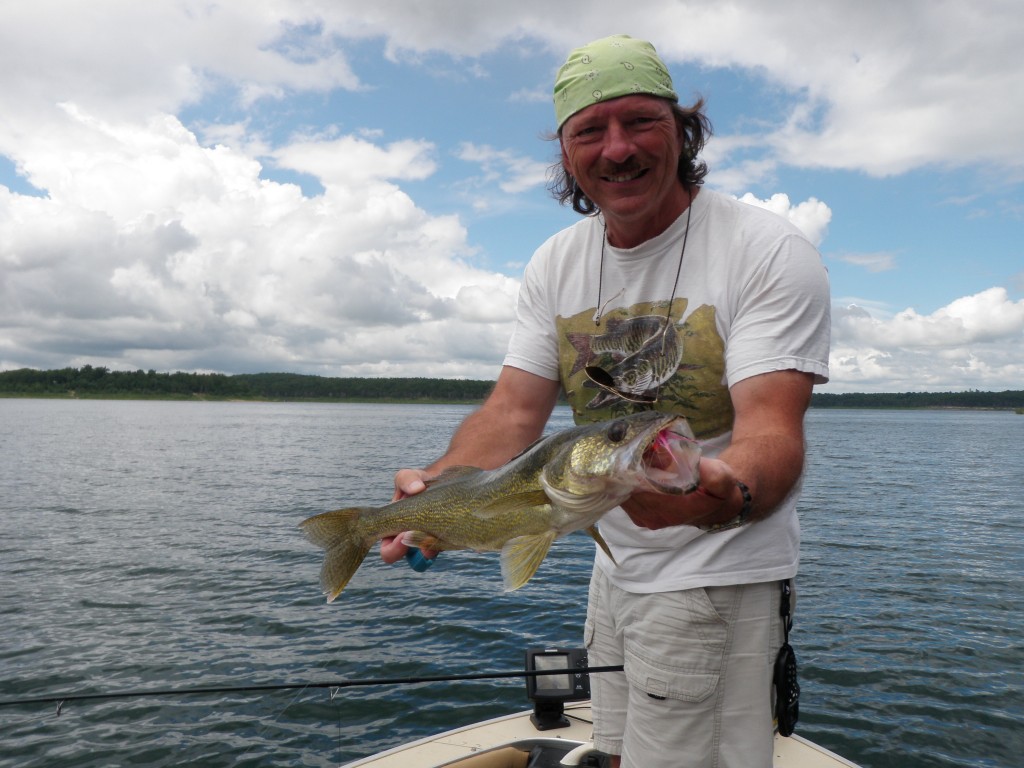 If you already have some of these type places on your radar, you’re good to go.  If not, drag out the lake maps and start looking for structure that meets the previously described criteria.  If you’re handy on the computer, go to www.fishidy.com and sign up for a free account.  It offers a combination of a google earth type program, with Hot Map overlays featuring contour lines and other useful data.  You can even keep your own private map, make notes, and mark spots for future reference.  Another site that offers educational information on structure fishing is: www.structurefishing.com .  It offers, for sale, the very hard to find book by legendary Buck Perry, titled Spoonplugging.  Although it does not discuss fly-fishing, it is considered the bible of structure fishing.  Which, is the subject at the very heart of fishing in general, this book is a “must read” and should be the first thing you reach for in helping you up your catch rate, both on the lake and in the river.

Water surface temperatures are in the mid 70’s with a thermocline starting to develop at the 25 to 35 foot depth and fish are starting to relate to it.  As its development becomes more defined, expect fish to relate to it even more.  Walleyes are biting very well on shad imitations presented at the 25 to 35 foot level over 40 to 60 feet of water along main lake structure.  Crappies can be found on brush piles in 25 to 40 feet of water in deeper creek arms.  They are also relating to main lake structure and structure with timber just above the thermocline, over water depths of 40 to 80 feet.   Spotted, largemouth and smallmouth bass seem to be scattered throughout the main lake, relating to the bottom near the shoulders of main lake cuts and softer points.  Shad and crayfish patterns would be the baits of choice.

Remember:  this is fly-fishing in a deep, clear reservoir, arguable the toughest game in town.  We don’t have the luxury of big, water moving buzz baits that fish can home in on with lateral line sensory.  Ours is a visual game, requiring working slow and deep with full sinking or long sink tips.  Boat control is paramount to success, drift socks are highly recommended to slow your boat to afford vertical presentations.   You should make at least two drifts over promising structure.  Start with the shallower drift over 24 feet of water, presenting to the shoreline searching for active, positive fish.  Followed by a second drift over 40 feet of water, again, presenting to the shoreline searching for less active, neutral fish.  Hammer away at main lake structure like primary points, shoulders of cuts etc, and don’t discount an area just because it did not produce a time or two.  Hit it again, especially at dusk a couple times before scratching it off your list.